Editor’s Note: Rotarian’s often complaint that Rotary’s role in the eradication of Polio is often ignored and receives no mention in the Fifth Estates reporting. In this post at LinkedIn the author shares how Rotary is attempting to correct that lack of press. 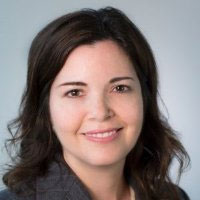 I always like seeing Rotary mentions as well in the media, but it’s helpful when awareness about polio is raised at all. Many people, at least in my age group and younger in the U.S., think polio is already gone.

Rotary’s PR Department is hard at work getting as many mentions worldwide as possible. When you see any of these mentions in the media, feel free to share them in social media so your friends from around the world can see them too. Here are a few recent Rotary mentions:

“Time World: Pakistani Polio Hits Syria, Proving No Country Is Safe Until All Are” 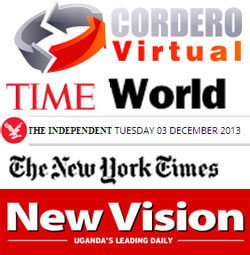 In addition to the Wall Street Journal coverage, a front-page New York Times story that was picked up worldwide, heavily focused on Rotary’s important work in Pakistan. A short excerpt follows: “The country’s new determination has also brought Rotary International back to the front lines. The club, founded in Chicago in 1905, started the global polio eradication drive in 1988.” Our team worked with this reporter for months, to make sure that he was aware of Rotary’s ongoing work and contributions to the effort.

Rotary’s role in the fight to end polio was called out in a Washington Post editorial on October 7th: “This was also the year that Rotary International started a campaign to eliminate polio transmission in the Philippines, beginning a global eradication movement that now includes the World Health Organization, UNICEF, the Gates Foundation and the CDC.”

Rotary has also been featured in stories focused on our ‘This Close’ celebrity ambassadors, in addition to regional media coverage, and national press including a cover story in The Independent (UK). We have been covered in 9 of the world’s top ten most influential media outlets (cited in Forbes) in 2013.

All major corporations buy what in the old days was a news-clipping service. Today such services are done electronically. Corporations, Associations and Unions buy these as a subscription and have the right to distribute them to their members/employees according to the terms of their contract. One such service is Newstex out of New York City.

Here is a typical monthly report provided to Rotary International

Rotary in the News

ShelterBox response team member Wayne Robinson explains what is actually in a shelter box, including the large family tent, and how the materials are used.  He names Rotary International and Rotary clubs around the world as one of ShelterBox’s biggest supporters.

ESPN Radio in Tucson, AZ interviewed Rotary International General Secretary and “fundraising and cyclist extraordinaire” John Hewko about his participation in El Tour de Tucson, his love for cycling and raising money for polio eradication. This year’s El Tour was dedicated to Hewko, who raised more than $243,000 last year, more than any individual participant in El Tour history. He and the Rotary contingent raised more than $730,000 this year.

“Pakistani Polio Hits Syria, Proving No Country Is Safe Until All Are”

The World Health Organization (WHO) confirmed that recent polio cases in Syria were caused by a virus genetically linked back to Pakistan. Rotary’s National PolioPlus Chair for Pakistan, Aziz Memon, is quoted, saying this development underscores the urgent need to eradicate the disease in Pakistan, Afghanistan and Nigeria, the three remaining endemic countries. In the article, NPPC Memon emphasizes that until we eradicate the disease in Pakistan, there is a high risk the virus will spread to other countries, and thus, that efforts to eradicate polio in Pakistan remain vitally important. This story ran on TIME.com, which receives 3,420,650 unique visitors per month.

The New York Times recently featured Rotary First Harvest, a longtime project of Rotary District 5030, in its annual “Giving” section. It reports on the program’s efforts to “glean” (collect) food that is either missed during the harvest or deemed “not pretty enough” for supermarkets. Rotary First Harvest then connects with farmers, truckers, volunteers and food bank  to ensure this food is passed to those in need. The story starts and ends with quotes from Rotary First Harvest’s Benjamin Rasmus and Davis Bobanick respectively. This story ran both in-print and online and reached millions of readers.

This episode of Talk Stoop with Cat Greenleaf features Archie Panjabi discussing her role in “The Good Wife”, as well as her involvement with Rotary. She explains that, though polio isn’t a focal issue in the U.S. – because it’s been so long since the country has seen a case of the disease – eradicating the crippling disease needs to be a top priority worldwide.

“Fighting AIDS All Over the World”

In its November issue, Spry Living chronicled the story of Rotarian Marion Bunch, the Atlanta woman at the helm of Rotarians for Family Health & AIDS Prevention (RFHA). The article shares how Marion’s personal experience with AIDS – the loss of her son to the disease – galvanized her to tackle AIDS on a global scale. The reporter who wrote the story joined Marion in South Africa last year to take part in Rotary Family Health Days, a 3-day annual event that took place in 368 sites in three African countries. On-site, Marion proved herself a powerhouse who successfully connects Rotarians, schools, government agencies, NGOs and corporations to bring basic healthcare to people in need. This story ran both online and in-print. Spry Living, which is included as a monthly insert in many U.S. newspapers, reaches 9 million households and 27 million readers monthly.

This short story and photo gallery on polio in Egypt focuses on the polio cases in Syria (and the subsequent threat to Egypt), and also explains the genetic path the virus took from Pakistan via Egypt to Syria. Our team worked with Rotary’s National PolioPlus Chair in Egypt, Dr. Ahmes Ghebrial, to coordinate with the reporter to join the NID and also to interview the Egyptian Health Minister/UNICEF Country Director.

This article includes excerpts from an op-ed written by Dr. Tunji Funsho, Chairman of Nigeria National PolioPlus, about Rotary’s efforts to eradicate polio. Dr. Funsho calls polio eradication mission possible and that with consistent vaccination, the world will soon be free of polio just like it did with smallpox.

This article features Rotary Nigeria’s Bike-a-Thon and Rotary Ambassador Funke Akindele’s participation in the event to raise awareness about oral polio vaccinations. She states, “I feel so honored to be part of a charitable cause like this. I accepted this appointment because polio kills or paralyses children and Rotary is committed to ending this terrible disease worldwide.”

On Oct. 30, Rotary honored seven Nigerian donors as they were inducted into the Arch C. Klumph Society for donating more than $250,000 each to Rotary’s humanitarian initiatives, including the top goal of eradicating polio worldwide.

This article reports on Rotary’s Presidential African Youth Convention, convened in Kampala by RI President Ron Burton. The president explains Rotary’s role in launching the global polio eradication initiative, mentioning a 99 percent reduction in cases since 1988. President Burton also describes   Rotary I as a force that will help the next generation of international leaders create positive change.

“Britain to give £100m to help the battle against polio, International Development Minister announces”

Ms. Greening, who mentions “global efforts to tackle this disease, including the vital work of Rotary International.”

This article is about a local Rotary club’s partnership with the city mall to promote participation in Rotary’s World Biggest Commercial, a global public awareness/advocacy project for polio eradication  Because of this event, more than 3,000 pictures were added to the WBC.  Brazil currently accounts for more than 18,000 of the 61,000-plus participants in the virtual commercial, the most for any country.

John Borst’s career in education spans the years 1960 to 1996. During those 36 years, he spent an equal amount of time working int he English language, Public and Catholic school boards. Borst taught in both elementary and high school environments. Positions of responsibilities held included department head in Geography, curriculum coordinator of Social and Environmental Studies, Principal, Education Officer with the Ministry of Education, Superintendent of Schools, and Superintendent of Student Services. Borst retired in 1996 as Director of Education for the legacy Dryden Board of Education. During this time, Borst has lived in the Ontario communities of Brampton, Toronto, Newmarket, Thunder Bay, Aurora and Dryden. Currently, Borst splits his time between Dryden and Toronto. Since retirement, Borst has served as a Supervisory Officer with a remote School Authority; been a freelance writer of articles on education in particular for Education Today, the magazine of the Ontario Public School Boards’ Association (OPSBA); founded and edited from 2006 - 2010 the Education blog Tomorrow’s Trust: A Review of Catholic Education; and from 2003-2010 was a trustee of the Northwest Catholic District School Board.
View all posts by John Borst →
This entry was posted in Guest Column and tagged New York Times, News Press, PolioPlus, Public relations, Rotary. Bookmark the permalink.